-Each week consists of 10 questions (5 sports, 5 not). The Swamper Bowl will have 20 questions.
-Through W16, each set of questions will include 4 Swamper-submitted questions (2 sports, 2 other)
-All questions in W17 and the playoffs will come from me
-I'll post questions here and email them to the group. Make sure you DO NOT REPLY ALL if answering by email

-Correct answers get a score equal to the number of people who said it
-Wrong answers get the value of the highest-scoring correct answer +5
-Low score wins
-Standings, tiebreakers, playoff matchups, all determined exactly as they would be in the real NFL

-For your own questions only, you may "cheat" and submit any answer you want
-Send answers to ryantfriedman (gmail, and don't forget the middle initial T) or private message here
-From time to time, there will be discussion, clarification, questions, etc. in these threads. I will NOT be emailing any important updates to questions that may affect answers, so it's on you to keep up before submitting 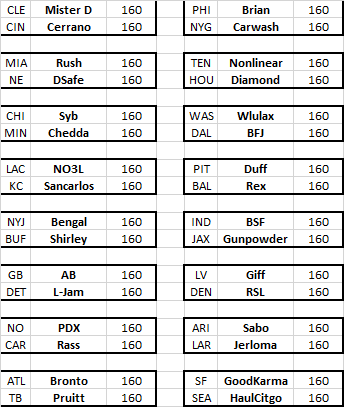 1. GEOGRAPHY
Name an Asian country with either 4 or 5 letters in its name (11)

2. MOVIES
Name a movie produced by Walt Disney Animation Studios (so, not Pixar for example) and released in theaters between 1986's The Great Mouse Detective and 1999's Tarzan (10)
NOTE: These are all major mainline Disney movies

3. HISTORY
Not including Mike Pence, name any of the 10 most recent U.S. Vice Presidents who served less than 2 full terms (10)

5. FOOD AND DRINK
Name one of the foods/dishes pictured below, all of which are said to have been named after a real person (11) 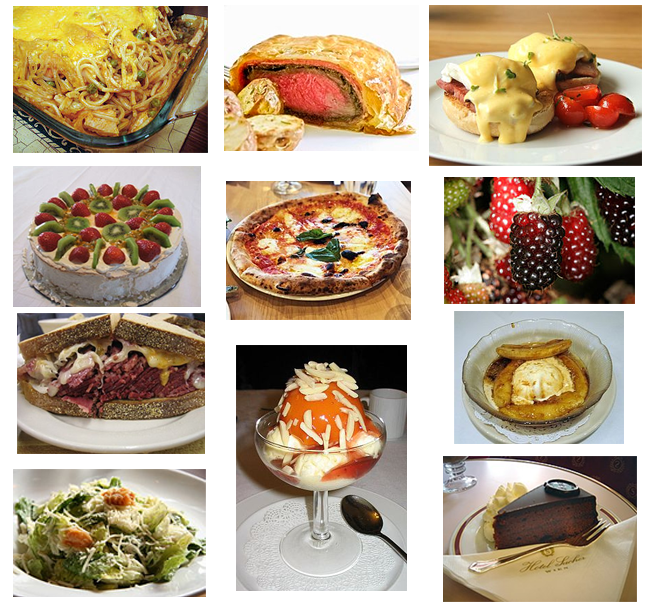 6. MLB
Name any MLB player whose last name starts with Q or Z with more than 75 career home runs (9)

9. OLYMPICS
Name any past or present national team with more than 1 Olympic medal in women's shot put (9)

#10 is a goddamn stunner of a set-up. How can that even be possible...
Top

Just as Dean Smith was the only guy who could keep Michael Jordan's scoring down, Dan Reeves' playcalling kept John Elway's passing yardage down. Elway's passing stats got a lot more impressive after Mike Shanahan replaced Reeves.
"What a bunch of pedantic pricks." - sybian

Very quiet so far. Did everyone's Encarta subscription run out?

Just sent mine. And the sports questions were really hard this week.

In fact, I just realized upon checking after sending that I missed the NBA one it looks like. By 10 effin' 3-pointers. That one was a tricky hard question.
Top

Is it possible in #5 that an item can be named after something (like a geographic location) that was named after a person?
Top

im in but i am not happy about it.
Duke's working the knob! Flush it all
Top

Hmmm, like a Jacksonville Cream Pie or something? (Do not Google that)

It's possible that the food and a place could be named after the same person, but I don't think any of them follow the lineage you're talking about.
he’s a fixbking cyborg or some shit. The

Guesses submitted.
You can lead a horse to fish, but you can't fish out a horse.
Top

Sent, sorry for the lateness.
An honest to God cult of personality - formed around a failed steak salesman.
-Pruitt
Top

2:30 for the reveal
he’s a fixbking cyborg or some shit. The

Musberger and Pete Rose on the same set. Good lord.

Come on BFJ, I need a small week outta you cause i have no confidence in my answers.

Although I guess I've already got a bye.
Duke's working the knob! Flush it all
Top

LEFTOVERS
none
he’s a fixbking cyborg or some shit. The

I have a special surprise after the final standings for (most) of the teams that miss the playoffs -- a 16-team single elimination tournament during the playoffs that I will be running using PPG as seeding. Single-elimination and we'll have a contest run through my company's software that will allow you to pick who you think will win each matchup. The winner of the tournament and the winner of the contest (which everyone can participate in whether you're in the playoffs or not (including Ryan) will win a prize of my determination.

There will be four people who miss the tournament I'm afraid (12 playoff teams and 16 teams in the "consolation" tournament) -- unless we're going with the "new" NFL 14-team tournament in Swampcrash.

I get more excited when I predict the highest correct answer than just about anything else (in this game).
I felt aswirl with warm secretions.
Top

Q2 - Name a movie produced by Walt Disney Animation Studios (so, not Pixar) and released between 1986's The Great Mouse Detective and 1999's Tarzan (10)

rass wrote: ↑
Fri Jun 26, 2020 1:38 pm
I get more excited when I predict the highest correct answer than just about anything else (in this game).

I CAN SEE YOUR THOUGHTS MOTHER FUCKERS
I felt aswirl with warm secretions.
Top

Oh shit I hadn't considered this. COME ON BFJ!
Duke's working the knob! Flush it all
Top

Duke's working the knob! Flush it all
Top

Q3 - Not including Mike Pence, name any of the 10 most-recent U.S. Vice Presidents who served less than 2 full terms (10)

LEFTOVERS
Alben Barkley
Harry Truman
he’s a fixbking cyborg or some shit. The

For the record, that's 1 wrong answer and 2 left unsaid through the first 3 questions. Pretty good! Hope there's no hockey later to mess it up!
he’s a fixbking cyborg or some shit. The

INCORRECT (14)
CrazySexyCool (an album) - Carwash
Push It (S and the P) - Sancarlos
Hot for Teacher (sorry, this was technically after Left Eye died and the group was called something else) - Rex

LEFTOVERS
none again!
he’s a fixbking cyborg or some shit. The

I remain in awe of my ability to pick the most popular answers at this game.

Q5 - Name one of the foods/dishes pictured below, all of which are said to have been named after a real person (11)

LEFTOVERS
Sachertorte
he’s a fixbking cyborg or some shit. The 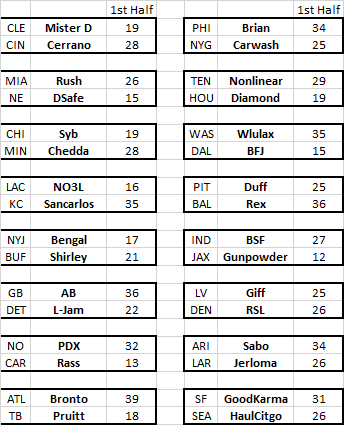 I was wondering what the hell that was. Looked like someone puked in a casserole dish after eating a plate of spaghetti.
Mallards rule.
Top

This is far more sarcastic than anything I’ve posted.

I've benched the starters and will be scoreboard watching BFJ-WLU now.
Duke's working the knob! Flush it all
Top

LEFTOVERS
Mike Zunino
he’s a fixbking cyborg or some shit. The

CORRECT
The Rescuers Down Under (1) - Rass

So my Rescuers Down Under Story...

Second semester my freshman year at the uni ('94), we decided we were going to try acid. I don't remember the exact order of events, but we ended up deciding we would do it during a weekend trip to UMass Amherst. One of my friends had friends there, and he wasn't going to drop that weekend (he drove). So when we got to town, me and two other friends (a M/F couple) consumed. One of the things we did while waiting for it to kick in was sit in someone's dorm room and watch The Rescuers Down Under. Reading about it now, I guess it represented a leap forward in the use of computer animation by Disney, and there was a falling scene that HOLY SHIT MAN

We excused ourselves after that. I remember going to a downtown, or a town square or something, almost freaked out getting some pizza (there were mirrors on the wall) and then eating it under some bushes. Then it got dark and...I don't know exactly.

Anyway, I've never abused myself with drugs and alcohol like I did that weekend. Drunk as hell but no throwing up, indeed. What a fun blur.

That was also the road trip where I fell in love with Paul's Boutique, which was one of the few CDs in the car.
I felt aswirl with warm secretions.
Top

Fucking dumb answer on Laos. Should've gone with China or Japan....
You can lead a horse to fish, but you can't fish out a horse.
Top

Acid is awesome. We did some for our first CMU football game my first year on campus. It was a night game with temporary lights (permanent lights weren't installed until the mid-00s), so definitely a creepy vibe. If you've ever been to a football game using temporary lights, the only thing that is actually lit up is the field, so in the stands it's not too much different than being in the middle of the woods light-wise.